Sex is supposed to be wonderful, right?

Most couples have conflict about sex. This conflict can be explosive name-calling fights, or it can just be people living in quiet desperation – feeling powerless and depressed.

Sometimes, one person has to give into the other’s desire level more and, if this is tolerable, then the couple exists reasonably comfortably with each other. But often, these desire states can become polarised and lead to trouble.

If it helps to reassure you, this pattern is so common it is considered to be normal. 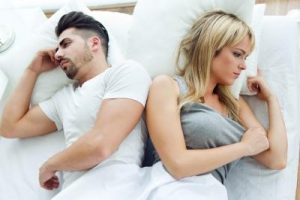 Since the birth of their first child, Bruce felt as if looking for sex was like looking for water in a desert – there were more mirages than actual oases. Bruce wanted sex more often and with more passion. He felt he had tried everything to make sex more attractive to Toni – he tried listening more, he tried helping out with chores more, he tried to give plenty of foot rubs – but he felt as if Toni would just soak these efforts up and still not be interested in sex. Bruce often felt depressed and powerless. Sometimes he felt as if Toni was just withholding sex as a kind of power-play, or to punish him. When he felt this way, he usually got angry and resentful toward Toni.

Toni felt pressured. She often felt that she could do without sex altogether. She dreaded Saturday nights because that’s when they agreed to have sex no matter what. She felt a heavy burden and anxiety every time Bruce approached her for sex. She didn’t really understand why she reacted this way but every time Bruce touched her, she braced herself. Even when she was up for exploring sex with Bruce, she felt a little wary and self-conscious. In her mind she would wonder if Bruce was disappointed or angry with her. She feared there being some strife that would lead to anger, cut-off and loneliness. 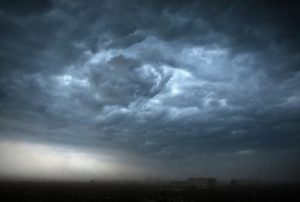 When Bruce noticed this cautiousness and reticence, he often became filled with despair and hopelessness. To him, Toni’s hesitation felt like rejection and punishment. His black mood further reinforced Toni’s tendency to avoid sex.

They had turned sex into something fraught with emotional danger and full of tension.

As I said earlier, some couples can criss-cross between each other’s different desire levels relatively painlessly. But more often than not, couples can become bogged down in hurt feelings, resentment, and avoidance of sex altogether.

These sorts of troubles are very common in long-term relationships. And, by the way, it isn’t just men who are the high desire partners. I’ve seen plenty of couples where the man has been in Toni’s shoes.

Why is it so common? Well, one famous writer once said that sex is like emotional fly-paper. In other words, our individual vulnerabilities come into play with sex.

For example, Toni was vulnerable to how others appraised her, particularly important others, and most particularly her attachment figure……….and especially when it came to sex. Toni was quick to feel she was not good enough when she felt the disapproval of important others. This also happened in sex. Toni associated sex with being good enough and attractive enough in the eyes of her attachment figure. This association with sex was enough by itself to diminish her desire levels. But on top of this, Bruce had been unhappy with her so often when it came to sex that she felt she had to be on guard and avoid it when she could.

Bruce was vulnerable to how well his sense of self was reflected back to him. He relied on others giving him positive feedback about himself. At work, he was happy when his bosses and clients were happy with him, but down and glum when work was mundane or going poorly. If people important to him didn’t notice or acknowledge his abilities it left him feeling empty and down. This was especially so with Toni, his attachment figure. And he was never more vulnerable to these feelings than when it came to sex. If she joined him in sex, revelled in him and mirrored back to him his arousal, he felt on top of the world. If she didn’t he felt depressed and powerless.

These particular vulnerabilities will be different for everyone. Some people have vulnerabilities about feeling controlled, or about feeling criticised. For some it involves feeling as if they are being exploited. For others sex brings up feelings from past traumas. Everyone who comes to counselling has their own story and it’s important that they understand the emotional undercurrents of what is happening for them when it comes to sex.

Sex is a system

Sex in a long-term relationship is a system made up of two people, their feelings and vulnerabilities, and their actions (what they do and say). 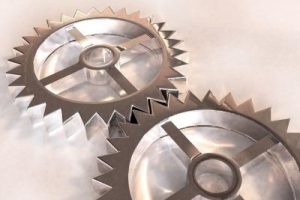 For example, one Saturday night Toni and Bruce went to bed. Bruce started touching Toni gently on the shoulder. Toni tensed momentarily. That was all it took for Bruce to feel immediately disheartened. He pulled his arm away and rolled onto his back and stared at the ceiling. It wasn’t long before he started telling her how sick and tired he was of the lack of sex. It was only a little later that he started telling Toni she should see a doctor to get some female Viagra. Toni didn’t say anything. She was hardly breathing, waiting for the storm clouds to pass. Experience told her it could take a couple of days. Toni’s silence despaired Bruce even further. He got out of bed, angrily throwing aside the bedsheets and went to watch TV.

You can see how each step of the way the reaction of the one person is inadvertently triggering the vulnerabilities of the other. Bruce gets into despair, he reacts by telling Toni angrily there is something wrong with her. She feels inadequate and fears his cutting off from her.

What do you do about this?

The good news is that there is plenty that can be done about this.

But you have to grow as an individual and you have to start straight away. You can’t wait for the other person to change first. It just doesn’t happen that way.

Firstly, forget about how it “should” be. Forget about how often, for how long, or how intense sex should be. Nobody ever got happy – and no relationship ever got healthier – by pressuring their partner to have more sex. Instead start working on creating the conditions for your relationship to promote playfulness and exploration. Broaden your ideas about what sex is and about what you value.

Secondly, you have to manage your vulnerability that emerges with sex. This is best done with counselling. A good counsellor will help you identify what is going on for you, what vulnerabilities you have and how they drive particular reactions in you. A good counsellor will then coach you in alternative responses. You need to learn responses that will not fuel the downward spiral between you and your partner.

Bruce wasn’t even aware of how loaded up with bad feelings sex had become for both he and Toni. He was so consumed by his own depressive feelings that he had not seen that sex had become ugly and uninviting. Moreover, counselling allowed him to understand how distressed and anxious Toni was getting when he reacted with anger and criticism.

Counselling helped Toni to stay solid when Bruce was upset and depressed. She began not letting Bruce’s reactions toss her emotions about. She was even able to see his despair more clearly, managing to feel compassion toward him rather than fear. She became less vulnerable to Bruce’s negativity toward her and became softly assertive. One Saturday night, after another incident, she said to him “You know Bruce, I want sex too. But your moodiness and anger makes you very unappealing”. She said it with a kind of calmness and quiet honesty that made him take notice.

Thirdly, you have to make sex appealing again.

Here are some ways:-

But just remember…..there is no certainty of having more sex. There is no formula that goes

b) Sex is not just intercourse! Remember when you were first together? You used to flirt. You used to let the other person know you were yearning for them. You used to talk about what you wanted to do. Do you remember both of you feeling that air of possibility and enjoying that feeling for its own sake?

c) The high desire partner has to learn to value and look for non-intercourse sex for its own sake. This means anything from flirting, sexy remarks, touching, sharing fantasies, orgasms without intercourse.

It also means stopping there at that point and valuing what you just had with your partner. Otherwise you will just compound the problem by associating playful sex with pressure to have intercourse – you will be back at square one again.

Of course this can be a hard sell to some people. But if it doesn’t happen you won’t develop the kind of flexibility and playfulness that the low-desire partner needs in order to engage in sex.

Fourthly, you and your partner need to start understanding and empathizing with the reactions you both have that create your own particular gridlock of emotions. You need to join sides and stop attacking and defending. A few sessions with a good couples counsellor is essential.

Fifth and last, you need to develop a thing that a renowned therapist calls “Self Validated Intimacy” (D. Schnarch). This means getting robust enough to say what you want so that:-

– if you do get a lukewarm response, you are interpreting your partner as cautious and self-protective rather than as rejecting or punishing.

– your partner feels free to say no, yes or maybe, or “let me think about that”

– you enjoy the playful flirtation of just saying what you said for its own sake.

Sex is a two person activity. You need to approach it in a way that engages your partner. At the very least you will find out what IS POSSIBLE in your relationship without anger, fear, reprisals, pressure, or despair.