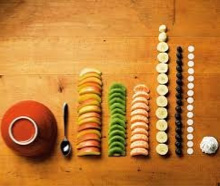 Over the last thirty years Attachment theory has slowly but surely come to dominate how we understand a person’s relationship to others and to the world at large. Attachment ideas have transformed models of therapy and the way clinicians view mental health issues.

John Bowlby was the father of attachment theory. He made the first big leap in the 1950s and 1960s when he argued that a human being’s primary drive is for the proximity of an attachment figure. This was a watershed departure from the dominant Freudian drive theory of the time that saw human psychology in terms of managing psychic energy and satisfying drives like libido and death instinct. Others in the Psychoanalytic tradition, like Winnicott, were heading in this direction but it was Bowlby who set about developing a coherent new theory with its own research basis (Bowlby, 1988).

This was a game changer for Mental Health and Therapy. Human development across the lifespan could now be seen in the context of a person’s attachment environment. Moreover, mental health issues and symptoms could be seen as either generated, reinforced or ameliorated by a person’s attachment milieu.

Lets go to the Attachment Research

This imbedding of symptoms in people’s attachment context is supported by two bodies of research evidence:- 1) research that correlates symptom severity and prevalence with various attachment measures, including Attachment Category and Reflective Function (Fonagy et al. 1997), and 2) research that shows treating attachment relationships both improves and protects against symptoms (Fitzgerald, 2011).

Sexual problems are being increasingly treated in the context of relational dynamics and the way couples experience themselves in relation to their partner (Schnarch 2002, Johnson & Zuccarini 2010).

A Mongrel Dog In The Corner

Consider Luke – acutely depressed and suicidal at the age of 24. He came to counselling because the man who had bullied him (Jerry) at work for a year – whom he had managed to get away from by transferring to a different part of his organisation – was now coming back to work closely with him. To say he was dreading this is an understatement. Luke said this man made him feel like “a mongrel dog in the corner”, feeling abused but feeling too beaten down and powerless to do anything about it. When asked about his social supports, Luke talked about feeling controlled and powerless in his relationship with his partner. He felt as if he was always getting into trouble with Tenille; that he had to always second guess what she wanted. He felt he was permanently walking on eggshells around her. She had no idea of his recurring fantasy of hanging himself with his own belt.

Both areas of Luke’s life –work and home – tell us about his internal working model.

The term “internal working model” is one of the iconic phrases of attachment theory, coined by Bowlby himself. Our “internal working model” contains our expectations for how current and future relationships will unfold, and for how we will experience ourselves and others in that relationship. These symbolic representations of self and other determine how we edit, interpret, and anticipate our relationship experiences. Because these expectations shape our response to others, they also shape the actual relationship dynamics, and so become self-reinforcing.

Attachment literature is replete with related concepts. Baldwin (1997) refers to “if-then contingencies”. Stern (1985) postulated “Representational Interactions Generalised” to describe patterns of experience and behaviour that originated in early infancy and which maintain a similar morphology later in life. Young’s (et al. 2011) Schema Therapy regards itself as a cognitive-experiential therapy but owes its taxonomy of categories of self and other schemas – and their related coping styles and modes of behaviour –to attachment theory’s concern of patterns of self-other representations that stretch from early childhood into adulthood.

In counselling, it became clear that Luke experienced himself as powerless and worthless, in the face of aggressive and overbearing behaviour. This was his “self” construct. He experienced the other as relentless and intent on harming him – his “other” construct. His expectation was that he could only be free of this harm by escaping – for example by fleeing from Tenille to the computer room at home, or by finding a different job away from Jerry at work. When fleeing from this bully at work seemed to be closed off to him, the ultimate escape of suicide started emerge in his mind.

Luke’s story tells us that this internal working model didn’t just exist inside his head. It wasn’t just his mind constructing self and other representations. Nor was it just about Luke’s childhood, and how his tendency to see self and other in this way was shaped by his relationship to caregivers as an infant. There were actual interpersonal situations that were triggering, reinforcing and amplifying this internal working model.

Recently, modern attachment theorists have begun using the term “attachment system” (Liotti, Fonagy et al.) What they are referring to is the way that self and other exist not only as representations within the mind of the individual, but also as an actual relationship between 2 or more people, and that these two dimensions are recursively informed by each other.  Consider the diagram below.

You can see by this diagram, that Luke’s internal working model is influencing the actual relationship between himself and his spouse (or his work colleague). The converse is also true. The actual relationship dynamics are influencing his internal representations of himself in relation to the other. In other words, being bullied triggers and reinforces his sense of himself as powerless and worthless. The actual relationship dynamics also reinforced his construct of the other as relentlessly malevolent. Of course his reactive behaviour reinforces the other’s behaviour. By shutting down, avoiding and withdrawing he seems to Jerry (and Tenille) to be evasive, dismissive or uninterested. Frustrated, they redouble their efforts to pin him down and address their concerns, sometimes aggressively – and sometimes resorting to put downs. The inner systems of both people and the outer relationship system are recursively influencing each other.

If we were working with the entire attachment system – and this still is not featured very often in attachment literature – we would also be conceptualising the self and other constructs of Luke’s spouse, and of his work colleague. Even if we only ever talked to Luke, he would be helped to see that Jerry has a self-construction of feeling undervalued and exploited by others, accompanied by an “other” construction of Luke as being untrustworthy and exploitative. Luke would be able to reframe Jerry’s behaviour as self-protective rather than being about causing damage to Luke. Jerry would instantly seem less scary and less malevolent.

With Luke, that is exactly what happened. Luke came to counselling expecting to learn a “coping strategy” to help him feel calmer and less depressed about his situation. However his therapist recognised that Luke was in a crisis and his suicidal ideations were predominantly about his work situation. Luke was coached and supported to contact his manager and tell him of his concerns about being rostered with Jerry. If that didn’t work, his therapist said he would help him take other steps to ensure his psychological safety at work.

Fortunately, Luke’s manager was receptive and willing to validate his anxiety. He was able to assure Luke that he would make sure he was rostered with others as much as possible and that if he wanted a third person to be present then that could be arranged. For Luke, this was the circuit breaker he needed. He quickly returned to work and his suicidal urges subsided. A decisive intervention in Luke’s actual self-other relationship had ameliorated his inner construction of himself as powerless and worthless.

There was more work to be done to consolidate these gains. In the following weeks, Luke worked on conceptualising others with benign intention when they were being angry with him. For example, he learned to see that Tenille had a chronic vulnerability to seeing important others as abandoning and unavailable to her, and that her anger was a desperate attempt to extract responsiveness from him. Moreover, Luke learned to articulate and promote his own rights and needs at work and at home, with an appropriate mix of empathy and assertiveness.

Nowadays Luke works regularly with Jerry and though he is often cheesed off with Jerry’s belligerence, he holds no great anxiety about him. He quite regularly tells Jerry to “Get over it!”.

Pietromonaco, P.& Barrett, L. (2000). The internal working model concept: what do we really know about the self in relation to others? Review of General Psychology, Vol 4 (2).

Verhaeghe,P. & Vanheule,S. (2005). Actual neurosis and PTSD: the impact of the other”. Psychoanalytic Psychology, Vol 22.