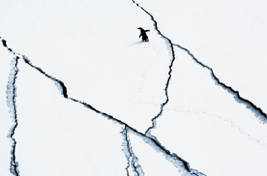 Twenty years as a counsellor has taught me that long-term relationships need three ingredients to be working well and in unison. I will name them and then I will explain them. They are:-

For a relationship to be still growing after many years, these three ingredients need to be functioning reasonably well. They don’t have to be brilliant. We can throw away our over-inflated, pop-culture inspired expectations of perfection. But they do have to be in working order.

As the old saying goes, two out of three ain’t bad. But it ain’t good either. I’ve seen couples who have kept going for many years with just two of these ingredients working, but they usually come to a crisis at some point because the missing ingredient starts to be yearned for by one or both people in the relationship. This yearning is usually unspoken, sometimes unconscious, and it can lead to a crisis.

If I see a couple that have two of these three ingredients not working, then I know that they are likely to split up in the near future.

You can think of these three ingredients as a 3-cylinder car (I know……it’s a bloke’s analogy!). If one cylinder isn’t working you can get by for a surprising length of time but it isn’t what you want. You start relying on the other two cylinders too much. You might even learn to forget that things don’t feel right. At some point, if you keep going like this, you are going to be parting with a lot of money. If only one cylinder works and you keep driving on it without getting it repaired, then it is only a matter of time before you take the whole thing to the wreckers.

Attachment needs are the legitimate needs that everyone has for feeling loved, being emotionally safe, and for feeling they have someone to turn to when they face trouble. Here’s an example.

Charmaine was often angry with her husband Mick and would stay in a sullen mood, not talking, for many hours on end. Counselling helped Charmaine see that she was regularly feeling hurt because she felt that Mick would rather be with someone else or somewhere else. She had a constant nagging feeling that she was down the list of his priorities. She felt she was the one who always initiated togetherness and that Mick was always distracted or disengaged (Put that mobile phone away!). Underneath it all, she felt a desperate longing for Mick to seek her out the way she sought him out.

Instead of discussing her predicament in a way that allowed Mick to care and empathise with her, she got angry and cut off from him. Her reactions could be triggered by even small events – like Mick forgetting to get milk on his way home from work – because it seemed to confirm her nagging feeling of not being thought of.

This kind of strife in relationships is far more common than you might think. Charmaine has a strong attachment yearning – augmented by years of Mick’s avoidance of her moods – to feel valued and wanted. Many people in Mick’s position have a strong attachment need for harmony and acceptance. These people find their partner’s criticisms to be upsetting and invalidating (although men like Mick generally don’t describe their feeling like this). Furthermore, they feel more and more like they have to distance themselves emotionally and physically to manage their distress.

If these attachment needs are not being met adequately then the whole foundation of the relationship can become shaky. In broad terms, what has to happen here is that Mick needs to stay engaged with difficult conversations, learn to manage his anxiety, and to empathise with Charmaine’s feelings. At the same time, Charmaine needs to soften the way she goes about getting these attachment needs met, she has to let go of blame and criticism and be clear about the specific behaviour she needs from Mick. She would get a lot more of what she wants from Mick if she talked to him more about her sad feelings rather than showing him anger and criticism.

And remember, it doesn’t have to be perfect. In my experience, a small quantum of expressed empathy toward each other followed by a fairly modest attempt to meet the attachment needs of the other partner can make an enormous difference to the satisfaction levels of both people.

This refers to the way couples work as project managers of their home, their finances, their family life, their goals, and of their aspirations and dreams. Couples need to coordinate the parenting of their children and they need to negotiate the making of both small and major decisions. This is tested the most when couples have competing needs.

Great enmity and emotional distance can result from couples constantly waging war on everyday decisions. I remember one fellow telling me, “We can’t even turn on the tap without having a fight anymore.”

John Gottman’s research has shown that happy couples don’t go to war over these small things. They seem to accept the differences and preferences of their partner without trying to change them. Their joint decision making has an ambience of acceptance and a desire to come up with solutions that take their differences into account. They avoid fruitless battles and instead talk about their partner’s needs with patience and forbearance.

But even if couples aren’t fighting openly, that doesn’t mean everything is OK. I’ve seen plenty of couples who thought there was an agreement on how the partnership did things, only to have it all silently collapse without warning.

This reminds me of Julie and Brian. Brian was a builder and an ex-football player. Julie had stayed at home for 5 years to bring up their two young children. Now that they were both at school, Julie began to look at returning to the workforce. But instead of keeping her gaze on SEEK.COM she began to examine her entire life. She felt she had always given in to Brian on significant decisions. She felt that he always got his way and that she kept the peace by acquiescing. She noticed that she was so scared of conflict that she even second guessed what he wanted and negated her own goals and aspirations automatically. Even in sex she often went along with Brian’s advances because she was afraid to upset him. (Brian was not violent, though he could get angry, upset and belligerent. Julie recognised that her fear of conflict was due to old commands to “be good” and to “not let us down” from her childhood).

The real danger was that she began to yearn being out of the marriage. It was the only way she could imagine herself being free to set goals that felt like they were hers and not someone else’s. She started making unilateral decisions without consulting Brian in a bid to feel more autonomous and free. Brian felt his world was shifting beneath him. One day Julie told Brian she didn’t know if she wanted to be with him anymore.

If she wants to save her marriage, Julie has to learn to negotiate her competing needs with Brian in a way that cares about both of them. It is relatively easy to feel free and autonomous by leaving a relationship. But it is much harder (and more valuable) to develop this INSIDE a relationship.

I would need a whole book to write about this but here are some ideas I promote with couples having trouble with eroticism in their relationship (That’s most of them, by the way). 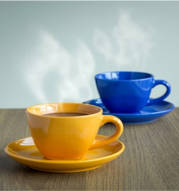 Let me just say; I’m sure there are couples out there where all this happens smoothly, without major friction, and where both people feel equally satisfied – I just haven’t met any yet.

Struggles are normal and necessary. They will even help you grow as a person. There is an ancient Irish proverb, “Strife is better than loneliness.” I think long-term relationships were in the mind of this proverb’s author.