I’ve been a counsellor and psychotherapist for 25 years and people are still getting depressed. I read in the Guardian that there are so many people taking antidepressants these days that they are finding the chemicals in the fish stock:- passed on from our bodies and transported from our bathrooms to our creeks and rivers and into our oceans. 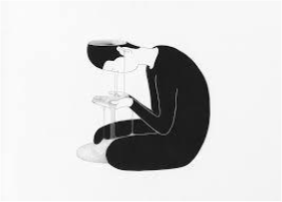 I’m going to tell you about a woman who turned her life from cold pizza to hot pizza. But first………

Sometimes I like to play this parlor game. Sitting around with a couple of friends after a glass or two of red wine, I’ll ask them, “If depression is endemic in society, then what would be the opposite of that? What is the opposite of depression?”

Here are some of the answers I get. “Joy”. “Happiness”. “Contentment”. “Exhilaration”. “Hope”. “That feeling you have when you first kiss someone”.

For some people it’s a feeling of bliss or mild ecstasy that comes with a fantastic meal, or when you catch a wave, or when you feel that perfect ping off your tennis racket, or when you get a hug from your child.

The problem is that these are all transient feelings. They just don’t last. Even hugs lose their potency after about 30 seconds.

Depression has a pedigree. People with depression know it like an unwelcome relative. They can trace the presence of depression back to earlier parts of their life and recount the years they have spent living with it, struggling with it, giving into it, masking it.

If only it came and went like happiness and exhilaration.

Psychologists will tell you that the opposite to depression is “resilience”. Resilience is the ability to stay functioning in various parts of your life in spite of outside and internal stressors.

But to me that seems like a pretty grim utopia. If the best we can shoot for is grinning and bearing it, then that in itself is a depressing idea.

I can’t help wanting more than that.

There is a word that you will find every now and then in psychology and in philosophy. It has been around for a long time and we even use it in every day life without realising its root meaning.

The word is “agency”. 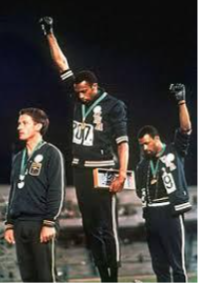 An “agent” is someone who acts on behalf of someone or something.

Personal agency is the ability to act on behalf of oneself.

People with agency recognize what they need and want. They learn to balance it and negotiate it with the needs of others, and to promote and act toward that need or want effectively.

I don’t know how many depressed people have told me that they have thought about joining the gym, that they would really like to learn Spanish, or that maybe when they feel better they will start that cooking course. All of them are waiting for better feelings and motivations to land on them first.

Like the Rolling Stones said, “You can’t always get what you want, but if you try sometimes, you just might find, you get what you need.”

What is it then?

Agency is an EXPECTATION.

It is an expectation that I can act on or influence the world around me to meet my needs and wants. It is a sense of positive entitlement……… of knowing what my aspirations are and being permitted to reach for them.

In the social world that we inhabit, it also means knowing how to reach out for and negotiate the needs we have in relation to others. Just as we need empathy from those around us to meet our relationship needs, we also need to cultivate our empathy for others and understand the needs they have of us.

When I see someone with agency, I see a person who can say to another person what they need of them, while also considering and balancing the needs of the other person also.

If a person can say to their spouse something like:- 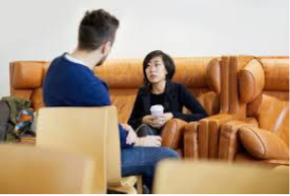 “Hey I feel a bit low tonight, if your up for it I could really do with a hug.” or

“I can’t handle the way you’re talking to me right now, I really need you to change it.”

“I really want to go fishing but I know that you were looking forward to spending time with me, how can we make both things happen?”,

If they can negotiate their needs like that at home then they are also more likely to say things like this at work,

“I really don’t agree with your approach on that, can I tell you what I think?” to their co-workers and to their boss, or

“You know, I really don’t feel comfortable with that. I don’t think I can do what you just asked me.” or

“I think I have something important to offer you and these are the reasons why.”

There have been plenty of high achievers who also have experienced terrible depression. Winston Churchill is the man who coined the term “black dog” to describe his constant depression. In fact, for many people, high achievement is a coping strategy employed to ward off depressive feelings.

With agency we are talking about recognizing our aspirations and needs, having the the expectation of getting enough of them met………..enough of the time, and putting our foot forward to reach them.

It sounds simple but agency is about as uncommon as depression is common.

Quite often people say to me they don’t really know who they are. They don’t know what gives them meaning, or that the things that used to feel fulfilling now seem empty and worthless. Some people have spent much of their lives not really knowing what they want. 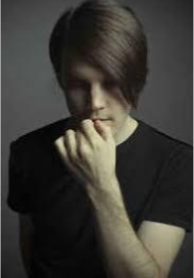 In fact, if I dig deeper, I find these people have a habit of ignoring or discounting their feelings and experience. They often have difficulty identifying negative feelings and so miss the first hurdle of knowing what they need for themselves. They often invalidate and dismiss ideas of what they might like. They tell themselves that they would be shelfish if they said or did what they just imagined, or feel they have other things they “should” be doing instead, or that the idea would just be shut down by others and so “What’s the point?!”

Too often, people with depression stop themselves from wanting.

The opposite of depression – agency – is wanting something even if you can’t get it, or you can only get part of it, or negotiating with someone when and how you can go for it.

I would like a dollar for every depressed person who has told me that they just don’t feel confident enough. Sometimes I asked them what they would like to say or do if they had plenty of confidence. When I do, they usually open up about all sorts of things they would do.

Equally I would like a dollar for every depressed person I have spoken to who feels liberated by the following idea:-

You don’t need to wait until you feel strong enough inside. Yo don’t need to act sassy, nonchalant, indifferent, forceful, powerful, inspiring………….. or whatever mode of acting seems admirable to you. That’s not what agency is about, and it’s not the way to beat depression. Often these are just ways of masking depression anyway.

What you do need is to be AUTHENTIC.

Being authentic means being true to yourself. That means acting according to your values and beliefs. But it also means identifying what you feel and what you want and promoting them. And, if you want to have successful relationships, it means taking others into account and negotiating those needs and wants with the needs and wants of others.

Next time I’m going to talk more about where agency comes from, as well as how to develop it for yourself. Sometime soon I will also talk more about agency in relationships and how vital that is for mental health.

But I promised at the beginning that I would tell you about the woman who turned her life from cold pizza to hot pizza.

Sally was depressed and anxious. She came to me wanting to talk about how she felt unmotivated and down. Most mornings she found it hard to drag herself out of bed. At work she felt exploited and undervalued. When we dug deeper she also felt this way with her husband and children. She was stuck and didn’t see anything that could make things better for her.

The next time she came to see me she told me a story of how she went out for dinner at a pizza place with some friends. Her pizza was cold in the middle. When I asked her if she sent in back, she said “Oh no. I couldn’t do that. That’s just not what I do”.

I asked her what she wanted in that moment. Did she want to eat cold pizza or hot pizza?

“Great!,” I said, “You knew what you wanted! That’s the first step of agency.”

From that point on Sally had conversation after conversation with me about what she had to do to get more “hot pizza” in her life.

Firstly she had to recognize what she felt and what she wanted for herself.

Then she had to be authentic – true to herself – not only with herself, but also with others.

Soon she was saying things like, “I’m not blaming you but my pizza is cold. I would like another one please.”………….. “And by the way, my friends have theirs now and I don’t want to be waiting long for it.”

She got “hot pizza” in other areas of her life also.

For her, hot pizza was the opposite of depression.